Sometimes the secret is better than the trick itself. 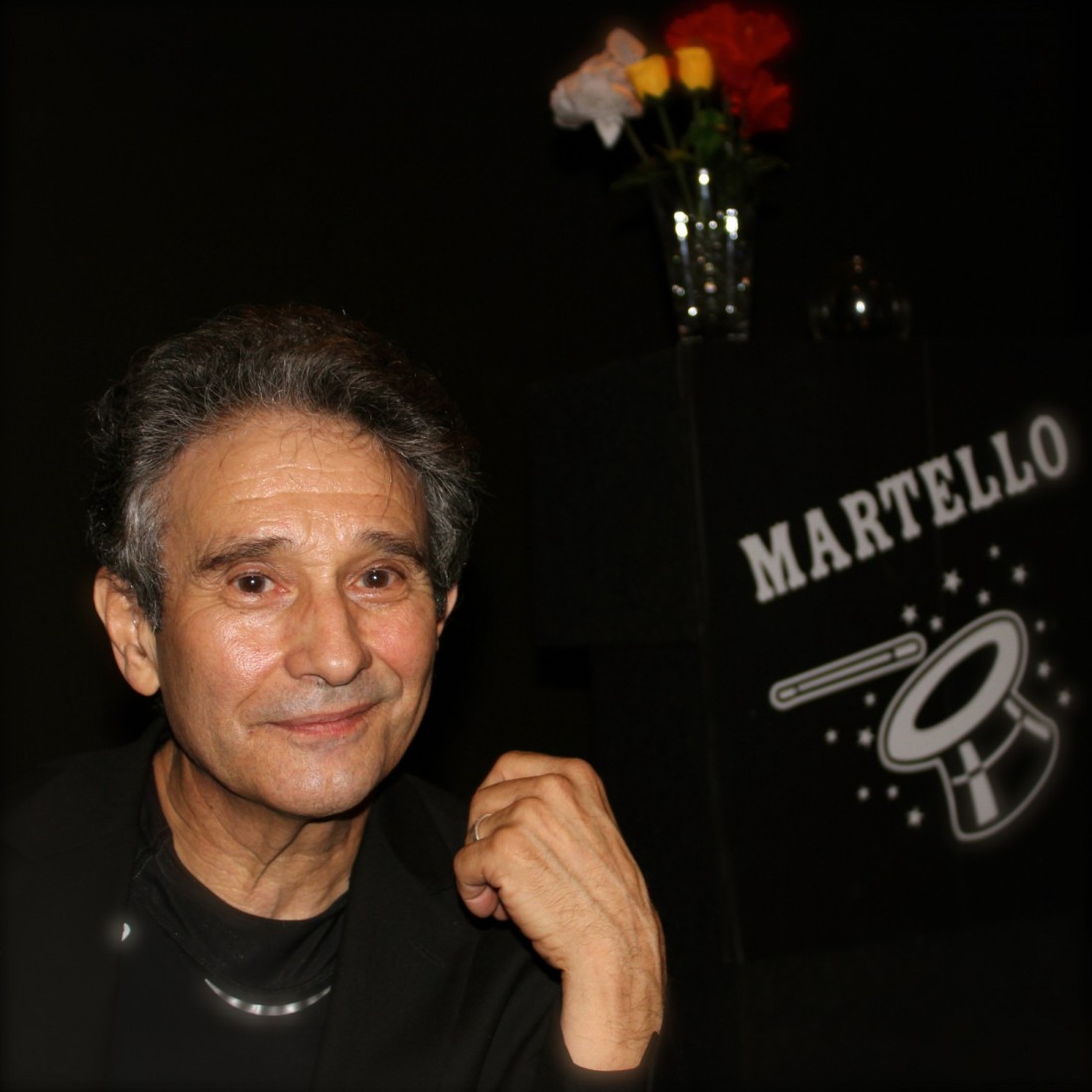 Artie Martello has been a magician for parts of five decades.  Martello is also the soothing voice and producer behind “Mostly Folk”, a regular podcast that showcases musical talent to the world over.

In his Halcottsville, Delaware County, NY community of the Catskills, Martello goes by “Artie”.  He is, of course, the go-to magic and music man of the area.

Sitting down for a chat with Martello at the Mostly Folk Studio, which is nestled in a private, wooded, mountain-top miniature paradise, is an experience all to its own.  Martello’s credentials are amazing, and weave themselves in and out of the narrative of how he came to be known as ‘Magic’.

Starting in 1967, Martello worked as Supervisor of Speech and Hearing at St. Francis de Sales School for the Deaf .

“Deafness is probably one of the most severe handicaps,” says Martello.  “To be born deaf is probably the most debilitating.”

Yet this is the audience for which he first choose to perform his magic.  In the classroom, at school assemblies, etc, thusly dubbed ‘Magic’ by his students.

The deaf children were a tough audience.  They could not be distracted by vocal cues.  Martello honed his art before these good-natured critics resulting in the smooth slight-of-hand and manipulation we see in his acts today.

The Raising of  a Magician

Many people get into magic because they are shy.  Believe it or not, I’m an introvert.  But I can get on a stage and entertain and interact and act…and that is the essence.

In the early days of television, Ed Sullivan was the master of showcasing true talent.  Martello remembers watching Cardini (Richard Valentine Pitchford) stumble onto stage, seemingly inebriated, dressed to the hilt in a top hat and white gloves, wowing the audience with his never ending supply of cards and cigarettes that would disappear to, or appear from, thin air.

“I saw that, I thought, I want to learn that.  And eventually, I did learn,” remembers Martello, as he names Cardini  one of his “greatest influences.”

At age 10, fate moved in and moved along the budding magician.  For right next door to the Martello’s new family home in Woodhaven, Queens, was a Navy magician.

“He would show me simple card tricks, and I would go out of my mind,” says Martello of the most magical influence of his young life.  This Navy magician kindled young Martello’s interest in magic by also giving him the magician’s Bible at the time, “The Modern Conjuror” by Charles Lang Neil.

Life eventually got in the way of Martello’s interest in magic, until he reached his early 30’s, and Doug Henning started performing magic on TV.  This grabbed his interest, and Martello once again found his love for magic ignited. Purchasing magic tricks and practicing/performing on his students became the norm.  Eventually he  was doing library shows and stage performances.

But the real reason Martello became a magician is simple.  He explains in all sincerity, if the day were to come when a woman asked if he was a magician, he wanted to be able to answer truthfully: “Yes, because when I look at you, every one else disappears.” 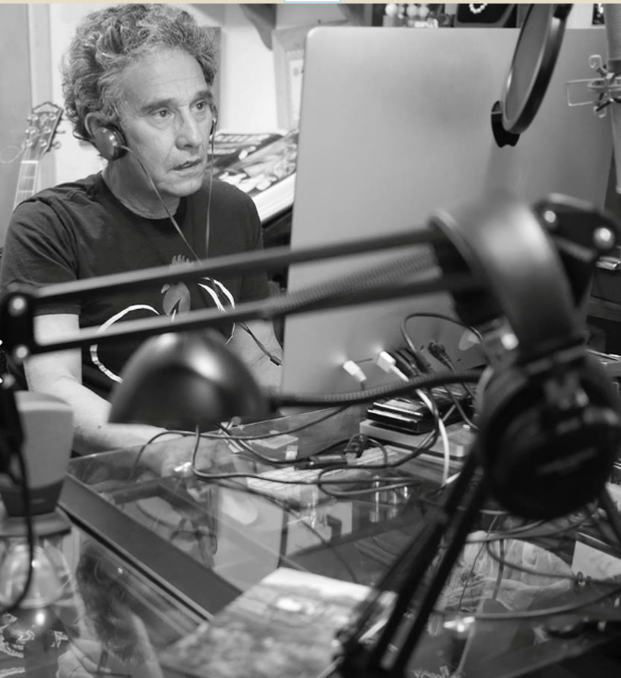 Magic moves to the Catskills

I love this area.  And I hate the beach.  This is the kind of environment I enjoy.

Performing professionally (for money) didn’t really happen until Martello’s full time move to the Catskills in 1999.  After teaching at NYU, Hunter College and St. Joseph’s, Martello decided he wanted to spend more then just summers in the Catskills.  He also served as the Chairperson of the Committee On Special Education in the Margaretville School District for 9 years.

While his friends fled to the Hampton’s in the summertime, Martello came to the Catskills, not because of Woodstock, but in spite of Woodstock, remembering instead the boarding houses his family rented in Cairo that he visited as a child.

Starting out in Pine Hill, and eventually locating to the paradisiacal property in Halcottsville, those first years found Martello staying in a tent, then the shell of his house, serviced by an outhouse and the water he carted up from Hubbell’s artesian well down the road.  The home that started out as a shell in 1972 slowly morphed into the residence of solitude he and his wife Rain now enjoy.

Magic for a Cause

For me, magic isn’t about big illusions, its about entertaining people, making them laugh.

What does this mean for Martello personally?  NYS funded art programs are not contributing to paying for his charity performances.

Yes, he still is willing to perform for money, but most would find compensating a seasoned magician of his caliber for time, energy and experience just a bit out of their price range.

“$500.00 for an hour and a half show is reasonable,” says Martello, uncomfortably shifting in his chair. “You get what you pay for.”

“I have a tremendous inventory of magic,” explains Martello.  For example, his snake basket is worth $300.00.  And the box of cards in a bottle made and sold by his friend Jaime Grant goes for $100.00. Good magic costs good money, for two main reasons.  First, the cost keeps the magic out of YouTube hobbyists and those that look to expose the tricks. Second, the time investment in practicing.   Six months of practice goes into just one show. 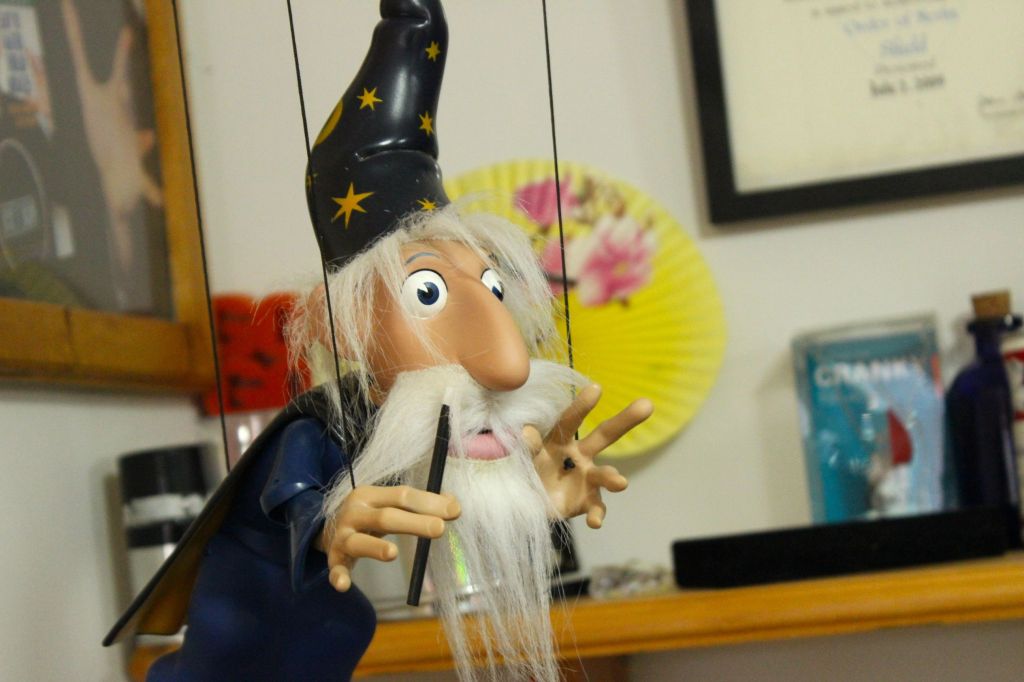 ‘David’ carved by Martello himself, ala Michelangelo

Replica of ‘Jerry Mahoney’ who starred in his own TV show of the with owner Paul Winchell, circa 1960

“[The show] may seem extemporaneous.  Its not. It’s scripted and planned, and then I insert what is right for the moment.”  In fact, that audience interaction Martello sculpts so artfully is one of the things he loves most about magic.

Then there is the loading, hauling, unloading and back again of stage props.  At 72, or any age for that matter, this is a most arduous task.

So instead of using magic as a source of income, Martello uses it to give back to the community: an annual show for the Open Eye Theatre in Margaretville, along with a show he has done to support the Heart of the Catskills Humane Society are just two examples.

This coming spring 2016, Martello plans to perform an adult-only magic show  to raise money for the Halcottsville Fire Department.  Keep an eye on the HFD facebook page for details!

The Magic of Mostly Folk

My friends wanted to hear this kind of music.  So that’s what I did.

Martello’s background of listening to early rock & roll and graduating to folk rock led to his love for folk music.  On the radio, he found a disconnect – no stations were playing this type of music.  When an opportunity presented itself to do a radio program at a local station, he decided folk would be his niche.

Well, Mostly Folk.  Mixed in with a bit of Indie Rock, Country and magic, of course. 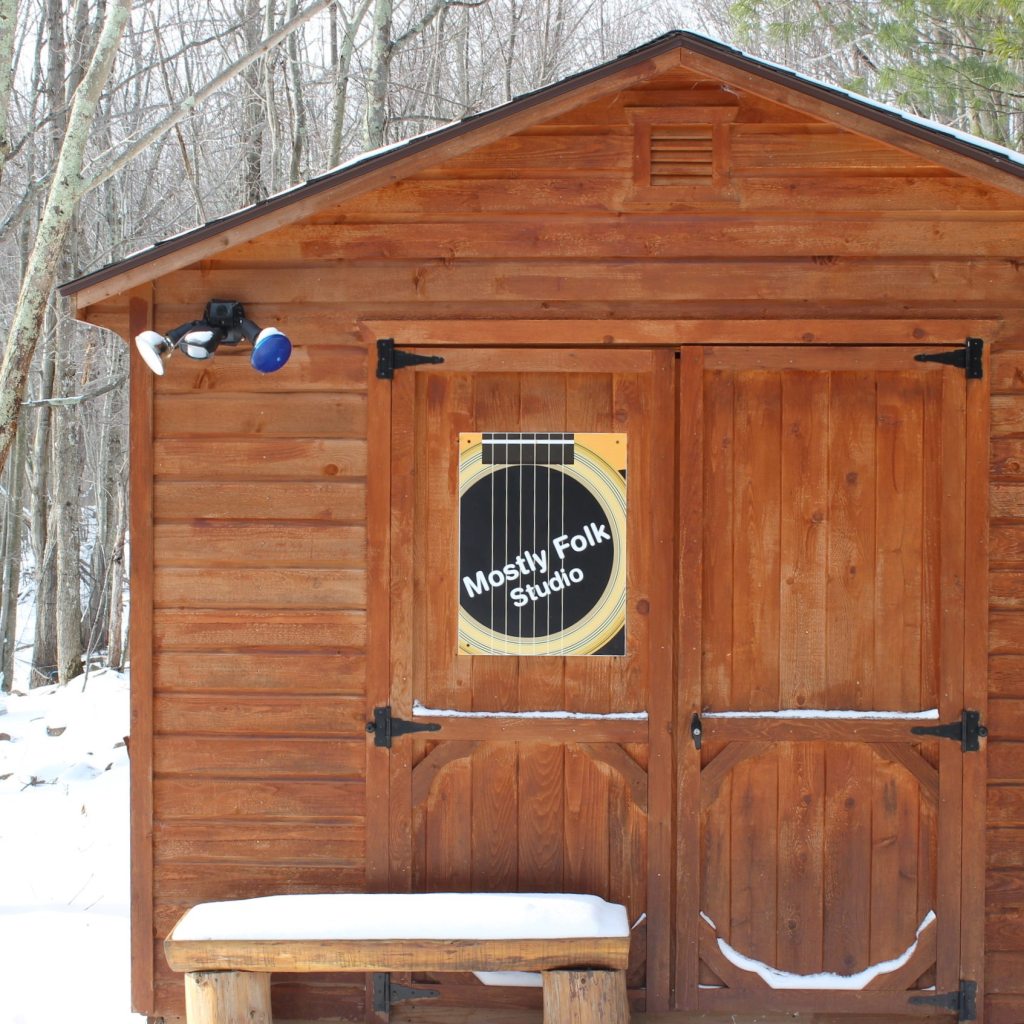 After his almost four year stint with local radio, Mr. Martello moved toward an industrious undertaking: bringing Mostly Folk into the modern digital listening arena.  He is currently pulling off perhaps one of his greatest feats yet:  a world wide podcast broadcast from a little hamlet in the North Western Catskills.

About three times a week, the self-funded Mostly Folk studio puts out meticulously produced shows that showcase new, local, or little-heard artists in the folk and indie world.  Truly a gem, Mostly Folk has led to new friends and new fans in the music industry, connections crossing over distance and age.  Listeners in Australia, China, Alabama or the Catskills are treated to the smooth intros of Mr. Martello and the music he chooses to put together for each hour/hour and a half show he produces.

“The podcast has afforded me an opportunity to allow anybody who wants to listen to just click, and listen.  Anytime. It’s always there, it never goes away.”

If that isn’t magic, what is?

2 thoughts on “Artie Martello – Man of magic and music”

Passionate about stories and images, with a career doing what I love as a freelance reporter and lifestyle writer/photographer. I am able to focus on family while working from my mountain home in the Catskills of New York. To state a time-honored cliche, "If you love what you do, you never work a day in your life."