If you are wondering why the May opening of Delaware and Ulster Railroad has been pushed to June 2, you can thank Mother Nature and Old Man Winter, who have once again conspired to hold off precious spring and summer in the Catskills. Platform in Arkville will be filled with riders starting June 2

Despite best intentions to have track work complete, problems left over from winter weather derailed hopes of a Mother’s Day Weekend opening.

As explained by Wes Coates, General Manager of DURR, the cinders used in the building of the railroad hold moisture, especially in the lower-lying areas, and freeze, pushing the tracks up and out of place.

Efforts were made to avoid this issue, including plowing the tracks for the first time in 40 years to open them up to the sun quicker.

A larger railroad would have a simple fix, using a track stabilizing machine to force the tracks back into place.

“We are a little country railroad,” explains Coates, so this has to be done the old fashioned way: by running a passenger-free train over the tracks back and forth to stabilize them.

Crews have already installed 100 tons of ballast (gravel/stone) and almost 1,000 new ties. Work is being done in both directions from the station in Arkville, including towards Highmount. Word is the visiting steam locomotive planned for June and September could cross the trestle over the Bushkill.

Vic Stevens, Chief Engineer, and Coates are both extremely disappointed by the hold up. “But we need to make sure the tracks are safe,” says Stevens.

Go to DURR.org for full schedule and ticket information. Be sure to check for updates on Facebook as well. 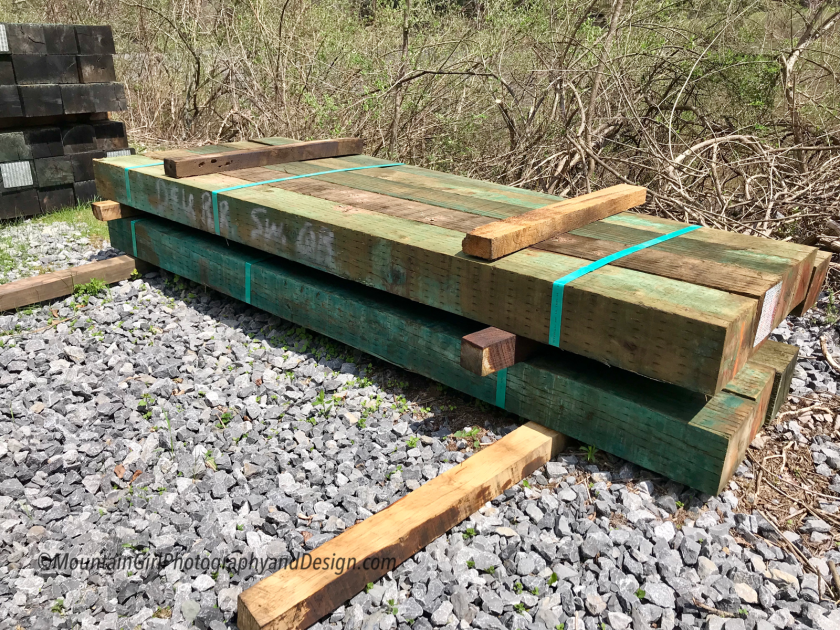 New environmentally conscious ties treated with copper naphthenate  instead of creosote, which has been classified as harmful to the environment as it can leach from the ties when heated by sunlight and allow a petroleum residue to seep into ground water. Passionate about stories and images, with a career doing what I love as a freelance reporter and lifestyle writer/photographer. I am able to focus on family while working from my mountain home in the Catskills of New York. To state a time-honored cliche, "If you love what you do, you never work a day in your life."

Honored and excited to be invited to participate in Longyear Gallery’s ‘Artists Choose Artists 2020’ show. Next Sat. Feb 15 is the Opening Reception, 3-6. I will be there from 3-4:30, then I will hit the open road, once again. This time for fun and warmth. If I see you, ask me to tell you the story behind my capture of the ‘Wawaka Lake Creature’ pictured here. @longyeargallery #blackandwhitephotography #gh5photography #panasoniclumix #behindthelens #whatdonyousee #wawakalake #halcottsville #catskillsmountains #catskillslove #delawarecountyny #iloveny #upstateart @pleasantpheasant
Spent the last couple weeks with my twin, saying goodbye to this beautiful man that gave my sister 15 years of adventure and happiness. Eric, you are missed. Wherever you are, may it be free of pain and full of snow. 💕 Photo credit: @victoria.weeks of #verglasmedia
My fly-fisherman on the infamous Jupiter River. ☀️ #anticostiisland #anticosti #sepaq #sepaqanticosti #salmonfishing #flyfishinglife #ilovequebec #quebecphotography #canadaroadtrip #gh5photography #panasonicgh5
%d bloggers like this: